The OLEA charity startup is delighted to announce a scholarship for the academic year starting from September 1, 2020. The purpose of the scholarship is to help talented Hungarian students in need with financial and material support, and with personal mentoring.

The purpose of the OLEA Mentorprogram is to help talented Hungarian students in need with financial and material support, and with personal mentoring.

The selected students are supervised by mentors, and helped with professional and personal guidance during the supported period. Our mentors are recognised and noble professionals of Hungarian origin, working in the field of technical and medical sciences, art, politics and economics.

Current scholars of the mentorprogram

Rebeka Fóris
Rebeka graduated at Tóparti Secondary School and Art High School in Székesfehérvár and began her university education in the 2019/2020 semester at Semmelweis University at the Faculty of Dentistry. Rebeka was interested in natural sciences since she was little, from the age 12 she was preparing to be a dentist. She has a B2 level language exam in English as well as in German. Music is an important part of her life, she played the flute for eight years and in recent years, Rebeka started to learn singing. Apart from music and studying, she participated as a German language translator in summer language camps several times. Rebeka is receiving a 35,000 HUF aid monthly from the 2019-20 academic year in the mentorprogram. 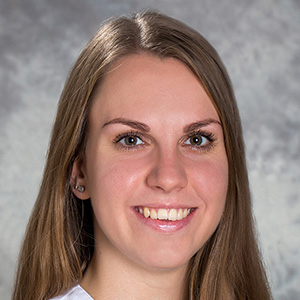 Vivien Kulics
Vivien graduated at Lovassy László Secondary School in Veszprém and began her studies at Budapest Business School in the 2019/2020 semester at the faculty of Tourism and Hospitality. She is a real social person, she participated actively in most of the high school activities and programmes. Vivien has a B2 level language exam in English and in German. Besides studying, sport and arts are playing an essential role in her life: she has been competing professionally in dancing and has achieved outstanding results in both national and international competitions. Vivien is receiving a 35,000 HUF aid monthly from the 2019-20 academic year in the mentorprogram. 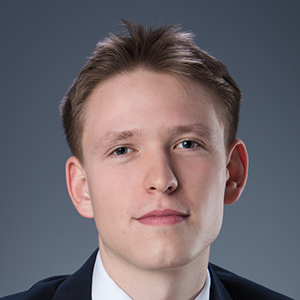 Bence Csordás
Bence graduated from the Nyíregyházi Kölcsey Ferenc Academic Grammar School, and in the 2018-19 academic year he started his studies in the Teacher Education Programme (English Language and Culture; Hungarian Studies) of the Eötvös Loránd University, Hungary. During his volunteer work at the Zoo Nyíregyháza he had already shown his ability to work with children. He likes to explain and teach others new things, so he chose the teacher’s career. Bence holds a B2 and C1 language certificate in English, and a B2 certificate in German language. He loves literature, he reads and writes a lot in his spare time, he is frequent visitor of literary evenings. Starting from the 2018-19 academic year Bence receives 35,000 HUF monthly support from the mentorprogram. 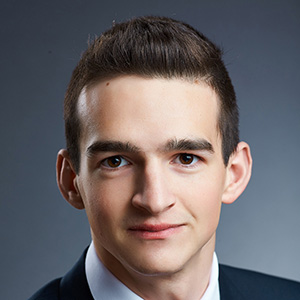 László Giricz Jr.
László graduated from the Csongrádi Batsányi János Academic Grammar School, and in the 2018-19 academic year he started his master degree programme in architecture on the Budapest University of Technology and Economics, Hungary. His favorite subject is mathematics, he had been preparing for the architect career since his 8th grade. László holds a B2 language certificate in English. He has been doing sports since childhood, in recent years he does road cycling on professional level. In addition to the sport, he regularly participated in the organization of youth camps and volunteered to the work of the Hungarian Red Cross. Starting from the 2018-19 academic year László receives 35,000 HUF monthly support from the mentorprogram.

Judit Katona
Judit graduated at Herman Ottó Secondary School in Miskolc, then began her higher education studies at Eötvös Loránd University in the 2019/2020 semester, in the faculty of Romance languages and cultures (Spanish language). Judit had shown great interest in the Spanish language already in primary school; she found the culture of the Spanish and the Latin-American countries fascinating. Art plays an essential role in her life.
Despite of being severely sight impaired, she was successful in school. Judit has received a laptop as one-time material support from the OLEA Board of Trustees in 2019, in case of making university education easier for her.
Denne nettsiden bruker cookies kun til oppbevaring av språkinnstillingene. Ingen personopplysninger lagres under ditt besøk.Lukke